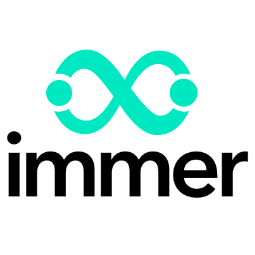 Immer is a library that allows you to work with immutable state effortlessly.

States are not meant to be updated directly (because React’s state has to be immutable), things can get really complicated as states become more complex. They become difficult to understand and follow. This is where Immer comes in. Using Immer, states can be simplified and much easier to follow.

The basic idea is that you will apply all your changes to a temporary draftState, which is a proxy of the currentState. Once all your mutations are completed, Immer will produce the nextState based on the mutations to the draft state. This means that you can interact with your data by simply modifying it while keeping all the benefits of immutable data.

The baseState will be untouched, but the nextState will be a new immutable tree that reflects all changes made to draftState.

Immer works by writing producers, and the simplest producer possible looks like this:\

Let’s take look at what happens when we start modifying the draft in our producer. Note that the producer function doesn’t return anything, the only thing that matters are the changes we make.

Here we actually see produce in action. We created a new state tree, which contains one extra todo item. Also, the status of the second todo was changed. These where the changes we applied to the draft, and they are nicely reflected in the resulting next state.

First, we create an object using the data entered by the user, which we then assign to newItem. To update our application’s state, we make use of .concat() which will return a new array that's comprised of the previous items and the new item. This updated copy is now set as the value of draft.list, which can then be used by Immer to update the state of the application.

The callback function gets called after the state update. It’s important to note that it makes use of the updated state.

Immer is roughly as fast as ImmutableJS. However, the immutableJS + toJS makes clear the cost that often needs to be paid later; converting the immutableJS objects back to plain objects, to be able to pass them to components, over the network etc... (And there is also the upfront cost of converting data received from e.g. the server to immutable JS)

Immer with proxies is roughly speaking twice to three times slower as a handwritten reducer (the above test case is worst case, see yarn test:perf for more tests). This is in practice negligible.